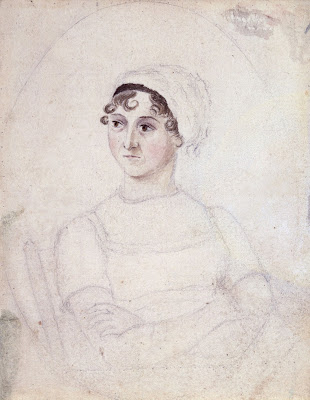 Returning to high school after nearly a year as a teenage dropout runaway, I had good intentions about attending classes and completing assignments, two resolutions I’d failed at in the past. The day I’d turned twelve, according to my adoptive mother, I’d become a disobedient monster. There was some truth to that; I’d discovered that I could do whatever I liked if willing to face the consequences, and what I liked to do was act with contempt for authority. Maybe that idea had come to me from a book, or maybe it was just my bad blood.


I wanted to go to college. I loved to read, longed to discuss books, and indulged in writing angsty poetry, but school had been disappointing and too regimented to bear. With every new school year, I’d vow to be a model student, but by October of every year, I was skipping classes, chugging beers in the girls’ room, and rolling joints in the back of science class.


On my first week back from being a runaway, I went looking for some of my favorite novels at the library, intending to bring them home to re-sharpen my wits. Here were old friends – Dostoevsky, the Brontës, and Austen. In the stacks, though, Austen’s Emma stuck out its snobby tongue at me. I’d adored all Austen’s novels except this one, and this one I’d despised, incredulous that the brilliant storyteller and satirist of Pride and Prejudice had also written a novel that was so entirely odious.


Emma, as I recalled her, was bossy, arrogant, and unlikeable. She thought she was entitled to do what she liked, and what she liked was to run the whole town; Austen told me right from the get-go that Emma and her family were “first in consequence there. All looked up to them.” Meaning, Emma was a snob. It was like a whole book about one of the annoying Mrs. Bennet-type characters in Austen’s other books, characters who were funny for a couple of scenes, but who certainly couldn’t carry a whole novel. There was no smart, sassy protagonist like Elizabeth Bennet for me to admire. There was only this stupid, spoiled girl who stuck her nose into everyone’s business and always thought she was right.


The book was without merit.


Still, the time I’d spent as a teenage runaway, working minimum wage jobs and trying to avoid my boyfriend’s fists, had changed me. I was only seventeen as I stood in the stacks, feeling superior in my loathing of Emma, when a flicker of doubt in my own judgment lit my brain for a moment. I’d been wrong about some things, like my boyfriend. Maybe I’d been wrong about Emma. I slid the book off the shelf, added it to the top of my pile, and took it home.


Home was a ten-room house. Although my adoptive family wasn’t the richest or most respected in the neighborhood – my father had gone to prison for a white-collar crime – we were far more affluent than most of the people who lived in the town. Their family had broken up by the time I returned from my wanderings, and I’d assumed a daughter/housekeeper role as my father tried to sell the house, moving my few belongings into the former maid’s room on the first floor, while the second-floor bedrooms stayed empty.


After my grim months of adulting, the silence and emptiness of the house was a relief. Slogging through my job cleaning fourteen nasty motel rooms per day was over; now I only had to clean the ten rooms of this house, most of which weren’t even in use. And the tearful process of admitting that my lover, the only person I’d known who’d also read Keats and Shelley, was a brutal woman-hater, was almost over. I snuggled into the twin size bed where my adoptive mother’s housemaids Leila, then Rita, then Louise had once slept. I almost believed I could be innocent again. Emma was still on the top of my pile. I grabbed her.


Chapter 1: “The real evils, indeed, of Emma's situation were the power of having rather too much her own way, and a disposition to think a little too well of herself.”


Chapter 8: After Knightley chastises Emma for persuading Harriet to turn down Mr. Martin’s proposal, Austen’s narrator steps in, “She did not always feel so absolutely satisfied with herself, so entirely convinced that her opinions were right and her adversary's wrong, as Mr. Knightley.”


This, I suspected, was the slippery concept of irony that had always eluded me. Was the narrator speaking as if she were Emma, who at this point in the novel feels quite satisfied with herself and her opinions, while simultaneously poking fun at Emma’s absurdity? Had Austen expected readers to be both astute enough to recognize this double irony, and compassionate enough to excuse Emma’s youthful foolishness?


I finally understood what irony was. It was a narrative voice that could take on the point of view of a flawed character. It was a love-struck, sixteen-year-old girl, convinced she knew what love was from reading books, and refusing to quarrel with her conviction when that love, which should have always been suspect, went dangerously bad.


Years later, when I began to write about my teenage experience of love and violence, I came back to these memories of Emma, this understanding of irony. It was critical to recapturing my teenage arrogance, critical to forgiving myself, and critical to portraying the character of teenage-me with compassion.


Before my fucked-up love affair, I was too much like Emma, too enamored of my own alleged infallibility. And that’s why I’d showered her with my contempt. Violence had broken my convictions, along with my nose, and forced me to let go of my identity as a girl who didn’t make mistakes. I lost my self-regard, my confidence, and so much more. But I’d gained an insight into human fallibility that would serve my writing. And Emma, finally, was mine.

Michele Sharpe, a poet and essayist, is also a high school dropout, hepatitis C survivor, adoptee, and former trial attorney. Her essays appear in venues including The Rumpus, Guernica, Catapult, and The Sycamore Review. Recent poems can be found in Poet Lore, North American Review, Stirring, and Baltimore Review. Her previous entry for the many gendered mothers is "Michele Leavitt on Charlotte Brontë’s Jane and Emily Brontë’s Catherine." The author of the Kindle Singles memoir, Walk Away, Michele is currently at work on a second memoir. More at www.michelesharpe.com
Posted by the many gendered mothers at 8:00 AM