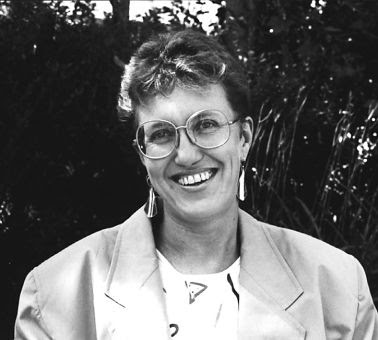 A woman writer whom I follow on Twitter recently asked for suggestions of Canadian women poets to include in her course syllabus for the fall. I watched. I went off and put some chicken and potatoes in the stove to roast for a quiet supper. I returned, looked at the feed again. I kept giving it time, certain her name would emerge. There were so many good suggestions by other women writers, but the name I was looking for—wondering how it could be so easily forgotten—was that of Bronwen Wallace. I offered her name, hoping someone new would come to her rich poetic work, as I had come to her so many years before.

Bronwen Wallace died in 1989. She was too young. I didn’t read her until I was in my mid-twenties, studying Canadian women poets at Carleton University in Brenda Carr’s class. It was there that I came to Bronwen Wallace for the first time. We read The Stubborn Particulars of Grace (1985) and I found myself reconsidering what it was that poetry could do, if you were a woman poet, and if you were trying to figure out and define yourself. I learned that she wrote ‘narrative lyric’ and ‘meditative’ poems. What seemed to just be richly woven and detailed story poems on the surface of things, were actually, on recurrent close readings, much more powerful than I’d ever imagined as a young woman in my twenties. Then, I called myself a feminist in theory, but I don’t know that I really knew what it meant in practice. When I re-read the poems now, as a confident, strong woman in my forties, they strike me in a different, sharper sort of way. Wallace was a poet who rooted her work in the ordinary rhythms of women’s lives, struggles, and friendships. She looked for what she called the ‘extraordinary’ in the patterns of what we think are our mundane, ‘ordinary’ lives and days.

One of my favourite poems of hers is “A Simple Poem for Virginia Woolf.” In it, Wallace speaks of how she imagined that poem should look in terms of both form and content:

She didn’t want to have a poem rooted in the mundane parts of domestic life, of how women navigate their relationships with work, men, children, and even (shockingly!) potential lovers. The poem speaks of how she doesn’t want it to be confessional in tone, and how she doesn’t want people to figure out which parts are doorways and windows into a poet’s personal life. In the last stanza, she writes that what she only ever wanted, when she began writing with an intention, was just a simple poem of tribute for Virginia Woolf: “it wasn’t going to mention history/or choices or women’s lives/the complexities of women’s friendships/or the countless gritty details/of an ordinary woman’s life.” What she ending up writing instead, though, is a poem that finds its strength and glory in the stories of women who haven’t had a chance to write or speak them out loud. In the details, you see, she pointed to the issues that women were concerned with, and worried over, but never really dared to voice because of patriarchal intimidation.

Wallace saw poetry as being “nearer to prayers than stories,” a belief that wove itself through all of her work. In her writing, she offered women poets a way to mine their own personal experiences and lives. She wrote of love, of caretaking (of husbands, children, and parents), illness, abuse, and about how women create intricate networks of community in their closely woven friendships. She wrote about common worries that most women deal with on a daily basis. She wrote, too, about how women often feel they must give something up to be in a relationship with a man.

In “The Woman in this Poem,” the focus is on a woman who has an overly domesticated life, but who dreams of having an imagined lover as an escape. She is tired of the monotony, of how she “begins/to chop the onions for the pot-roast,” and how she fantasizes of escaping her conservatively scripted marriage:  “all through dinner/her mouth will laugh and chatter/while she walks with her lover/on a beach somewhere.” Wallace writes of women who give up their independence and spirit for the sake of an old fashioned dream of what marriage and family ought to look like, as scripted by 1950s Leave it to Beaver episodes from America, and perhaps enforced by men with archaic views of feminism, intimacy, partnership, and family. As she says, women readers of her poetry, “like the woman in this poem/begin to feel/our own deaths/rising slow within us.” What she does, as a poet, as a woman, is ask her readers (male and female) to consider that they do not need to make themselves small in a relationship just because those are traditional and conservative norms that have historically been followed in western society. She speaks of diversity within relationship, of being independent and joined collaboratively in a respectful manner. She, back in the 1980s, pointed out that women should be free to be independent and spirited within their intimate and familial relationships. It shouldn’t be a sacrificial story.

This is what I love about Bronwen Wallace. As a strong, single woman in my 40s, I know I won’t give something up in any intimate relationship with a man. That requires a strong, independent, and confident partner who doesn’t want to erase me bit by bit to bend to his view of what a partnership should be. Wallace’s work rooted me in a feminism that didn’t really mature until I was in my late 30s and early 40s. Thank God I read her work in my twenties, but only understood it as a woman, and not as a girl. Her lessons reverberate, and make me glad of my own narrative lyric and confessional poetry. Her work inspires and speaks to me still.

Kim Fahner was the fourth poet laureate of the City of Greater Sudbury (2016-18), and also the first woman to be appointed to the role. Kim has published four volumes of poetry, including her latest, Some Other Sky (Black Moss Press, 2017). Her play, Sparrows Over Slag, had a staged reading at PlaySmelter New Work Theatre Festival (in collaboration with Pat the Dog Theatre Creation), in May 2018 at the Sudbury Theatre Centre. She is currently working on her second novel and completing a play-in-progress. She is a member of the League of Canadian Poets, the Writers’ Union of Canada, and PEN Canada. She blogs at The Republic of Poetry at kimfahner.wordpress.com. Her website is www.kimfahner.com
Posted by the many gendered mothers at 8:00 AM