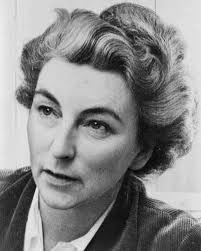 I accepted fairly early that I was a bad girl. I was told so often enough. It was discouraging, as I wasn't defiant. There were just so many things to do wrong, and my mother couldn't think of all of them to tell me ahead of time. I was a buoyant, sociable, confident child by nature, and my mother viewed all of those qualities with suspicion.
So when I read The Secret Garden, by Frances Hodgson Burnett, my heart leapt. Here was another bad girl, cranky, disagreeable, and as on her own as I was. What she did and said and felt was worth attention and sympathy. Unlike her, I had parents and several siblings, but I was, like Mary, emotionally on my own.
My mother was easily provoked. At nine, I stood in front of the mirror to comb my hair, and she mocked me for looking at myself. Aren't we glamorous? I was shamed and scolded until I finally gave up. If I was bad, then bad was good. This meant the only life for me was that of a pirate, which was problematic, as I was quite sure that even if I learned how to fight with a sword, I was unlikely to be able to grow a moustache. Pirates were the only bad people I thought I knew something about, other than myself, and what I knew about myself was that although my motives were pure, my mother told me I would end up in the Mercer Reformatory, a prison for wayward girls, (Now closed, but operating a full capacity in 1956).
After I read The Secret Garden, I changed. When asked, how can you stand that hair over your face? I countered with, "If there's something I want to see, I'll chew my way through." If I was bad, I wasn’t going to go quietly. 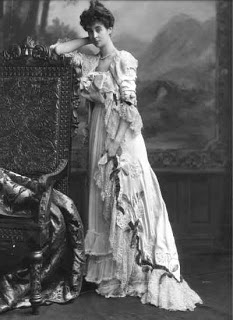 The creation of Mary Lennox was a new kind of character for readers in 1911, a child protagonist who slipped out at night to explore and had other outdoor adventures, which up until then had belonged in literature to boys, (With the nightmarishly funny Alice’s Adventures in Wonderland as the exception). It might as well have been 1911 for me, as up until then boys or animals (Bob, Son O' Battle) were the noble and heroic main characters in the books I read. Mary wasn’t a boy and she wasn’t noble, either.
And yet, like me, she was redeemed by a garden. Mary had a whole walled-in garden, I had a small bed by the drive shed, the worst plot, hard clay, and I wasn't allowed to use the garden fork, so an unrelenting patience at turning the earth over with a small trowel meant my grandmother intervened. I was given petunias to plant—which I hated. I transplanted some periwinkle, and some sweet woodruff, and bicycled to the small woods nearby for ferns. I had hope and purpose.
If Mary could eventually become a prized playmate, then flowers and wild foxes might somehow redeem me, too. The family of foxes who paused on the ramp to the haymow and turned their heads to the side, the better to make an appraisal of me were relatives to the tamed fox belonging to Hodgson's nature-boy child, Dickon. Mine were wild, not tamed— but neither were they afraid.
I knew I could be redeemed by kindness towards others who suffered, like Mary’s kindness she eventually extended to the petulant and feminized invalid, Colin. I knew that I could become good, because, like Mary, it was possible that I, too, could find a place to belong among strangers—and in case they had with a Yorkshire accent, I practiced behind closed dining room doors. “Tha’ mun’t,” I repeated, like the novel’s gardener, Ben Weatherstaff. I took heart.

In 1956 Rumer Godden had a best seller. Her novel, An Episode of Sparrows was set in post-World War II London. She wrote about an abandoned girl, who made a small garden in the bombed-out rubble of the East End, and preferred her outgrown stylish coat to one that fit, but was ugly. She shared that aesthetic with one of her caregivers, a sensitive restaurateur who struggled to keep his business alive, but spent money on exquisite small bowls for fresh strawberries. Me too. Fresh flowers in the house, even if you have nothing for supper.
There are wonderful treatises on the gender norms being both reinforced and sabotaged in these two novels, and on how the upper classes are redeemed by association with the working class, and both of those analyses are entirely logical and validated by my personal experience. I was given hope that I could be valued, and that there were others in the world who shared my aesthetic inclination. I was nurtured as a girl and as eventually as a writer by the work of Frances Hodgson Burnett and Rumer Godden. In their novels, they give representation to the ideas that nature that heals, that kindness heals those who extend it as well as receive it, that gender is fluid, and that art is not just a balm but also a kind of alchemy for sorrow. I share their sympathy for all the bad girls— whom I write about, and whom, in real life, I love.

Hannah Brown was born in Hastings County and currently lives in Toronto. She wrote screenplays for anyone who'd pay, and her script How to Call Cows won first prize from the NFB. She has taught English and film at the college and collegiate levels, and more recently has had work published in Superstition Review #15, in The Harpoon Review, in Lynn Crosbie's Hood, in untethered magazine, in white wall review, and in (parenthetical) magazine—which submitted her story, "The Happiness" as its entry for the 2016 Journey Prize. Her novel, Look After Her, is due for release in the spring of 2019 from Inanna Publications.