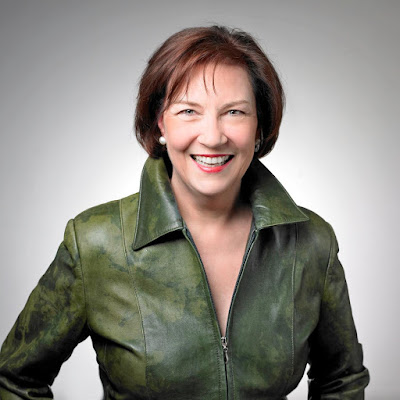 “Home: what you visit and abandon: too much forgotten/too much remembered.”
–Aritha van Herk, Places Far From Ellesmere

I first encountered Aritha van Herk’s fiction as a teenager, living at home with my conservative Polish parents. They subscribed to the Calgary Herald, our local newspaper. Perhaps rehearsing our role as “world-class city” for the 1988 Calgary Winter Olympics, the Herald introduced a weekend arts supplement. Here, I came across an excerpt from No Fixed Address: An Amorous Journey (1986). An illustration beside van Herk’s text featured a woman with breeze-blown hair driving a convertible. A string of colorful panties trailed her car. I took the story into my room where my parents could not see me read it. I didn’t drive; no one in my family drove. I’d been raised to be a proper girl who only wore white underthings. Yet as I read of Arachne Manteia’s trysts across Alberta and beyond, a provocative future flashed ahead of me. In this future, my geographical movements and sexual choices were limitless—or at least strictly up to me.

July 1991. I work as a landscaper at the Calgary Stampede. I still don’t drive a car, but a guy at work teaches me to drive the Gravely. It rumbles like thunder. I ride high in the cab, drop the blades, cut crisp lines athwart fresh grass. Fall in love with the Gravely guy. He’s a thrash band guitarist who makes me mixed tapes of The Pixies and Sonic Youth. It never occurs to me to share music I like with him. He has a friend named Turn-it-On. My friends have names like Pam. I feel increasingly ordinary: typical girl. One morning, I bike to the University of Calgary, change my major from Political Science to English so I can apply for the Creative Fiction Writing program. I share my news, thinking he will see me differently. “Cool,” he says but sounds angry. I spend August typing a fiction portfolio, alone.

September 1991. I can hardly believe it! Dr. Aritha van Herk, author of No Fixed Address, teaches my creative writing class! Bright red hair. Loud laugh. Resounding voice. Doesn’t take crap from anyone. Aritha van Herk is the first married woman I’ve met who did not take her husband’s last name. I resolve to be just like her in that way. We aspiring writers wait for her weekly class with blatant desire. Some are lawyers, geologists, even zookeepers. I have little life experience, but Aritha tells me after workshopping my first story that I don’t seem like a kid to her. I blush with pride. Aritha says you must become an avid reader to be a good writer. I read her first novel, Judith (1978), and admire its crude opening: “Pig shit and wet greasy straw were piled high in the wheelbarrow.” It’s hard to believe Aritha grew up on a farm; she seems so worldly. Later, I discover she is the first Canadian-born child of Dutch immigrants. I am the first Canadian child of Polish immigrants. Something inside me relaxes a bit.

6 December 1991. Aritha van Herk spots me in the MacEwan Hall food court and asks if I am going to the University of Calgary Memorial Event for the 14 women murdered in the École Polytechnique massacre. I nod and follow her; I had not planned to go. A mass of faces, candles, ribbons. Amplified voices slowly read the women’s names. Too nervous to cry, I tremble with revelation: women matter here. Our lives are worth mourning.

Winter 1992. Aritha gives a lecture about how to get into English graduate programs. I go and take careful notes. A career path abruptly opens. Aritha is my upbeat guide, forever telling others how brilliant I am. We talk about places where I can earn my degree: Calgary, Edmonton, Winnipeg, or Victoria. I wish I had her confidence in me.

February 1992. Aritha organizes a conference about post-colonial women’s literature. I barely understand a word most panelists say, but resolve to learn their secret language: Theory.

Summer 1992. My friends and I found Filling Station, a Calgary literary magazine that still thrives today. Aritha van Herk and another professor, Fred Wah, come to our launches and publish in our fledgling enterprise. We celebrate special events at their homes, take road trips around Alberta with them, build a vibrant community. My heart expands like a hot air balloon, lights up like the Giant Wheel.

Dates a lot, smokes a lot, drinks a lot, runs a lot, vomits a lot, quietly dumps lots of guys who want to tie her down. Gropes in the darkness for freedom.

January 1993. Aritha tells me to write regularly to a journal. “Let it know what’s bugging you,” she adds gently. Hate for anyone to see me struggle; glad she cares enough to say something.

1994. Forget to mail letters of intent to Western Canadian graduate programs. Decide to wait a year and reapply. Take advanced French to earn an Honors degree. Audit two graduate courses. Finally travel: mostly conferences but sometimes black underwear, handcuffs, a wine opener. Customs guy has the nerve to ask, “What’s this for?” but chuckles and lets me through.

1995. My luck changes radically. Every graduate school to which I apply wants me now, with unheard-of funding offers. Decline the Western Canadian programs, head East for bigger cash. Emmylou Harris plays in my mind as I leave Alberta: “Can't remember if we said goodbye…”

“Always and unrelentingly (home) even after it is too late to be or to revert to (home), even after it pre/occupies the past tense.” –Aritha van Herk, Places Far From Ellesmere

June 2011. Doctored, married, pregnant, tenure-tracking in New York. Abruptly on Facebook, Alberta returns with the death of Robert Kroetsch. I email Aritha for the first time in a decade to say how sorry I am. She wants to know if I still write my own stuff. I resist admitting that I stopped long ago because my fictions hit too close to (home). Yes, I tell her: I still write my own academic prose.

August 2011. My husband has cancer. Aritha is among the first with whom I share this news. She is not my mother, yet our common history confronts me and comforts me, just as her caring emails do. She knows who I am.

April 2017. I drive like Danica Patrick in my Honda. Who might I be today without Aritha’s interventions? Maybe not a feminist. Maybe not a professor. Might have settled for white underwear. Thank you, Aritha, for pig shit and travelling saleswomen, for your enduring fierceness and faith in our promise, our province. I’m tempted to claim Aritha van Herk is the mother of Alberta writing, just like Derrida is the father of deconstruction. But gendered parents are never equal. Fathers found and command respect; mothers get male writers calling them “mom.”

During the years she taught me writing, Aritha van Herk was sometimes my other, often my mentor, always my longed-for double. Today, she is a trusted friend: the kind of friend and teacher I want for my daughter when she grows up to tell her stories.