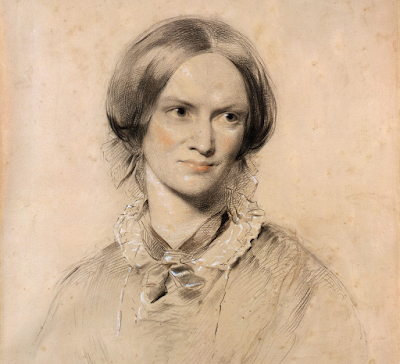 Charlotte Bronte’s been in my head this last month or so. The first novel I fell in love with was Jane Eyre. I was fifteen or sixteen, I think. With parents who were terribly strict, I found my escape in books and music, falling happily headfirst into worlds that weren’t of this one. Bronte’s Victorian novel seemed, to me, to have it all: it was written by a woman in a time when women writers weren’t really warmly welcomed; there was a tenacious heroine who survived despite all odds, and who was a bit of a spitfire; and, there was a little romance. I kind of thought I could see myself in Jane back then—mostly in how she loved to read, and was plainly spoken and truthful. She said things without filtering her thoughts. She didn’t dice words and spoke up for herself. That she did that after so many years of being silenced by abusive relatives and educators made me cheer for her. She survived, and then she flourished. She even somehow found love along the way.

I won’t lie. It might have been Mr. Rochester who at first caught my eye, mostly because he seemed dashing, handsome, and because he spoke smartly. He cared enough to raise little Adele, too, which spoke to his heart and compassion, even if he didn’t really want anyone else to see that more tender side of his personality. He played to the archetype of a strong man in literature, all gruff on the outside but then marshmallow-y on the inside. Most important to me, though, was that Rochester saw and admired Jane for what she just couldn’t see in herself, so that always impressed me as a gawky, outside-of-everything overweight teenage girl with wild, curly hair. I also always liked that he actually saw her, acknowledging her when so many people hadn’t seen her before that. She had been ignored for some time and felt invisible. Despite their differences in social status and gender, Rochester treated her as an equal. Jane spoke of their being able to speak ‘soul to soul,’ and of how all she only ever really wanted was to be considered an equal. This, to me, seems groundbreaking in terms of the time period within which the novel was written. Jane’s character is one that demands she be treated with equality, with respect, and with attention to her thoughts and voice.

As I read through the novel, I liked Jane more than I’d first thought possible. I imagined that I could wear fine Victorian dresses and read good books. She and I could be friends, if it were possible, in some alternate dimension. I could imagine that. She seemed to be as odd as I was, so it was plausible. Escaping your own life, when it isn’t always bright, is an age-old respite for kids who don’t fit in, or who have been bullied. As I got older, Charlotte Bronte kind of grew on me. I read all of the other Bronte sisters’ works, and I liked them all right, but Jane Eyre resonated with me as someone who didn’t feel like she ever really fit in. I still sometimes feel the same way in my late 40s, and I still go to books for comfort and escape.

In university, I took Victorian literature courses, and went through the standard canon, but Bronte always seemed to walk alongside me. Jane Eyre was a feminist novel, even if Bronte had to take a man’s name to have it published. The protagonist went against every bit of what Victorian women were meant to do. Jane didn’t worry about getting married. She just wanted to be free, to be independent, to think her own thoughts, to speak her mind, and to be heard. She wouldn’t really have been for every man in that era, either, if we’re honest about it. She would have likely been too challenging for a suitor of that time because she didn’t fit into the archetypes of the period.

What makes Charlotte Bronte’s Jane so appealing? She’s spirited, for certain. She fights off the threat of poor Bertha when she tries to set fire to Jane’s bed in the middle of the night, jealous of Rochester’s strong attraction to the new governess at Thornfield. To me, though, I’ve always read Bertha as being symbolic of the part of us that wishes to be free, the part we might just sometimes thoughtlessly oppress because of the social conventions that we’ve been taught by our parents as young girls. As women, perhaps, we sometimes lock that part of ourselves away in an attic, even try to deny that it might exist. It’s the part that is about truth, passion, desire, and spirit. For how many years have girls been taught to be quiet, sit silently, and listen carefully, and for how many years, still, have men’s voices run roughshod over women’s voices in staff meetings, classrooms, and family homes?

In some ways, you could also read the novel as having Jane and Bertha as two sides of the same coin: they are perhaps two halves of a more well-rounded woman who might have come into being, if the novel were written now, away from the oppression of Victorian times and social mores. They were binaries, reflective of the archetypal virgin-whore dichotomy that is so common to that period, and for which Victorian writing is fairly well-known. The other feminist part of the story, really, is to think that Bertha Mason sets fire to Thornfield, burns it to the ground, as Bronte tried to do with her novel, in presenting such a strong female protagonist as that of Jane Eyre.

Let’s be clear here: it isn’t right that Rochester put his ill wife in the attic and pretended that she didn’t exist. The stigma of mental illness is present, but it needs to be read within the historical context of Victorian England. So many families hid secrets in attics, in metaphorical ways, and all family trees likely still have skeletons. Bronte was also alluding to this notion, I think. One can read Jean Rhys’s excellent novel, Wide Sargasso Sea, as a counterpoint and prequel to Bronte’s Jane Eyre, and would be wise to do so. Since its publication in 1966, Wide Sargasso Sea has let scholars and readers reconsider the power dynamics of race and gender.

Here’s the strong thing about Jane, though: she doesn’t stay with Rochester after she finds out he’s still married to Bertha. She goes off to find her own way in the world, even though she really loves him and her heart is broken. She knows she needs to be her own woman first, and won’t play second fiddle. Not many Victorian women protagonists would have been that strongly written. Some could argue that the novel isn’t feminist because Jane returns to Rochester after hearing him call out to her across the moors—rather mystically and telepathically—while she’s living with the Rivers family. Some could say that this is a weak female character, a woman who is too caught up in the notion of love to ignore Rochester, but who has not ever been so deeply in love and felt so inexplicably drawn to someone? The strength in Jane’s character is that she educates herself, has her own profession, and that she returns to Thornfield only as a whole and complete person, and not as someone who is desperately looking for completion in a life partner.

When you visit the Bronte Parsonage Museum in Haworth, you can be easily struck by its atmosphere. It is dark and damp, and the views out the window are ones that look out onto the old, mossy graveyard. You can imagine yourself standing there, being transported to an earlier time, and feel a bit of what the Bronte sisters might have felt when they stood there years before. You can also hear the words of Jane Eyre ringing in your ears if you listen closely enough: “I am no bird; and no net ensnares me: I am a free human being with an independent will.”

From start to finish, I admire Jane’s spirit, and her ability to embody this motto as she moves through her life. And, from start to finish, I admire Charlotte Bronte for having written such a story in a time when men like Robert Southey, the poet laureate of England, couldn’t even bear to fathom a place for women writers in the literary canon. Ten years before Jane Eyre’s publication in 1847, Southey wrote to tell Bronte, condescendingly, that her dreams of being a poet and novelist were ridiculous: “Literature cannot be the business of a woman’s life, and it ought not to be.” That Bronte went on to write and publish her novel would have likely shocked quite a few Victorian men. Thankfully, Charlotte Bronte and her Jane Eyre marked a spot that blazed a trail for future women writers to follow. We begin in earlier places, and move forward to where we are today—travelers and explorers always—speaking our minds and writing our words down on the page. 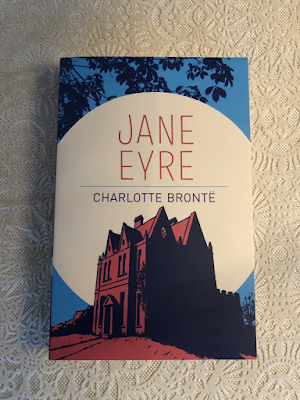 Kim Fahner was the fourth poet laureate for Sudbury (2016-18) and the first woman to be appointed to the role. She has published five collections of poems, including her latest, These Wings (Pedlar Press, 2019). She blogs fairly regularly at www.kimfahner.wordpress.com and her author website is www.kimfahner.com