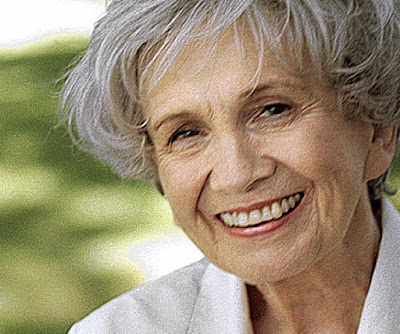 “She was hard-used between the legs, swollen and stinking.”

It would be hard to overstate the effect of reading that line in Alice Munro’s story, “The Children Stay.” In it, a young mother leaves her family for an uncharted future with a theatre director. With him, she experiences a kind of personal and sexual freedom she’d never known. She surprises herself. She is as animal as her new partner, fierce and indelicate with destructive desire and enormous sexual need. She surrenders the self and the life she thought she knew to that desire.

Women could be this way on the page? They could. That sentence was the truest permission I’d found. It answered questions I didn’t know I had. It meant I could write a phrase like “alfresco fucking” in a catalogue of a female character’s exploits and mean it.

Many of us learn to contract ourselves, to make our voices soft and unobtrusive, to appease and defer our own desire and needs. That sentence came to mind again this summer, reading Roxane Gay’s Hunger. Early in the memoir, she writes: “This is what most girls are taught—that we should be slender and small. We should not take up space.” Munro’s line stood in direct defiance of that instruction: women characters could be as corporeal and audacious as that.

If it’s a truism that a writers’ characters contain grains of the self, the corollary of this literary mentorship was the understanding that my own desire could be as unmannered and indelicate. I didn’t have to be small and silent and invisible, inoffensive in my needs, in the constant habit of marshalling or concealing darker, less ladylike yearnings. I could claim my space, make demands, be visible. 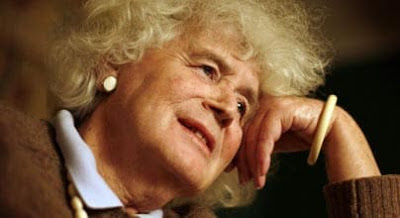 Which brings me to a more recent literary mother: the trans woman writer Jan Morris. Last year I read her memoir Conundrum to help me understand what was happening with someone close to me who was making the same gender transition. I’d known Morris as a respected travel writer, but I’d been unaware that she’d been born James and served in the British Army as a male officer. Conundrum was published in 1974: needless to say, Morris was a trailblazer in gender-affirming drug and surgical treatment. She was guided by an inner self she knew and acknowledged with unstinting, thrilling courage. When the British National Health system finally agreed to allow her hormone therapy, it was on the condition that she divorce her wife Elizabeth, with whom she’d already had children—because in 1972, Britain didn’t allow gay marriage. Both women said, OK, fine. They divorced and continued to live together as “sisters-in-law.” Morris is now 91; they recently celebrated their 60-year relationship with a civil union. Their story is one of the most romantic I’ve ever heard.

Morris said she remembers the exact moment she understood that her feminine identity was in conflict with her assigned gender: she was four years old, listening to her mother play piano. She was “habitually puzzled” as she grew, happy enough in the company of young men, but utterly alienated from the experience of being one. Her nightly prayer was Please God, make me a girl.

In Conundrum, Morris’s attempts to articulate the feminine within herself all end in a spiritual, disembodied place, which is unsurprising. She was nearly thirty and had fathered five children before she began her transition. Her female identity existed in a realm untouched by the physical.

“To me gender is not physical at all, but is altogether insubstantial. It is soul, perhaps, it is talent, it is taste, it is environment, it is how one feels, it is light and shade, it is inner music, it is a spring in one’s step or an exchange of glances, it is more truly life and love than any combination of genitals, ovaries and hormones. It is the essentialness of oneself, the psyche, the fragment of unity.”

With that book, Jan took me to a window I’d never looked through and showed me that in spite of 49 years of lived experience as a woman, I didn't know all there was to know about being one. She let me look at the question through her eyes and consider the idea that feminine identity was unconfined, ineffable, and worthy of serious existential examination; it exists beyond the realm of the physical and the abstraction of words. Her commitment to her own feminine identity and her willingness to oppose the construct she’d been handed by society and biology loosened my hold on easy, reductive answers to the question How do you know you’re a woman? That understanding was a balm and a fresh breeze carrying an unfamiliar but comforting sweetness. Jan Morris did for me what good mothers do: she offered a place of sanctuary to make the journey from the known to the unknown and back again.

What does it mean to be a woman, body and soul, on and off the page? Together, Munro and Morris broke the sound barrier for me. We make space for our unique, untransferrable selves or no one will.

Christine Fischer Guy’s debut novel is The Umbrella Mender and she has just finished a draft of a new one. Her short fiction has appeared in Canadian and US journals and has been nominated for the Pushcart and Journey Prizes, and she’s an award-winning journalist. She reviews for The Globe and Mail and contributes to the LA Review of Books, Ryeberg.com, Hazlitt, and themillions.com.
Posted by the many gendered mothers at 8:00 AM