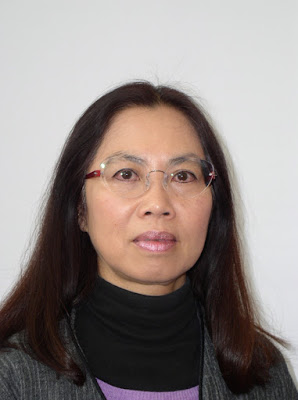 ‘This is the world in which I move uninvited, profane on a sacred land, neither me nor mine, but me nonetheless.’
––Trinh T. Minh-ha, Woman, Native, Other

I am a private person. When I come across something (or someone) that makes me go soft and raw in a new (or old) way, I try to preserve its significance by keeping it a secret. Sometimes it feels like I must keep everything I cherish in my fist or it will inevitably escape and dissipate. But to be here, to be given license to publicly demarcate myself, feels rare and the only way I feel I should make use of it is to tell you of a writer for whom I have an inexorable and tender love.

‘Somewhere in the process the flowers wither and the whole world smells of open wounds.’

Sometimes my own diasporic genealogy is too close to actively engage with. And so I look outward to a figure who shares a similar lineage, whose writing dwells within my palms and in my shoulders every day: Trinh T. Minh-ha.

‘Speaking, writing, and discoursing are not mere acts of communication; they are above all acts of compulsion. Please follow me. Trust me, for deep feeling and understanding require total commitment.’

Minh-ha, I trust her. Weaving in and out of the lyrical and theoretical, she writes from the intersection of various forms and fields; poetry, theory, auto-ethnography, postcoloniality, and feminism. She writes in a way that makes you feel like she is talking to you and you alone. Sometimes moving between the I and the you voices without giving any notice, she invites you into a kind of intimate dialogue. Before you know it you are swimming in her lyricism with, every now and then, a point made so sharply that it holds you afloat.

‘…this sense of traveling, of wandering, and of not fitting comfortably in one group, it’s not so much something that constitutes an agenda on my part as something rather intuitive that corresponds to the way I live, to the skills I’ve had to develop, and to my own sense of identity.’

In her book Woman, Native, Other, Minh-ha thanks ‘all the women… whose spoken words and writings have allowed [her] story to shift, grow, and circulate.’ To recognise the labour that has made her own possible is a crucially feminist gesture; to fail to do so is an act of erasure. Elevating the voices of colour around her (specifically black and Indigenous voices) is something she does in every text I’ve read of hers, and it is something for me to emulate.

‘I write to show myself showing people who show me my own showing.’

My Vietnameseness has always been something to reconcile. In retrospect, I felt this every day in school, but only in the past twelve months did it become a conscious kind of pulling. What caused this was my tuning into the idea of whiteness and how difficult it is to dislodge myself out from under it. Whiteness, to me, is unforgiving and unmalleable and an arduous thing to be asked to embody. But Minh-ha has opened up the possibility for me to write it through and, within that writing, find a way to embody not whiteness but my difference to it.

‘…you and I are close, we intertwine; you may stand on the other side of the hill once in awhile, but you may also be me while remaining what you are and what I am not.’

I had very little sense of a Vietnamese futurity for myself until I learned of Minh-ha. She has shown me that writing can be a commitment to tenderness, and a commitment to self-preservation. Her words have given me room to locate myself within, making me feel simultaneously porous and steeled.

‘Words, fragments, and lines that I love for no reason; blanks, lapses, and silences that settle in like gaps of fresh air as soon as the inked space smells stuffy.’

P.S. I write best when I have an addressee and so I write this for my sister, whose own complex relationship with Vietnameseness feels inextricably linked to mine.

Nam-Chi Tran is a writer and artist. They are currently based in Narrm Melbourne.

photo licensed under Creative Commons.
Posted by the many gendered mothers at 8:00 AM